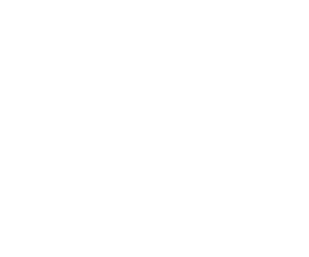 Significant shifts in our society have transformed the relationship between humans and the land we live on. In recent decades, there has been a particular emphasis on urban areas. The other areas of Ticino, rich in history and value, were often left to their fate because they no longer served a specific economic purpose. Read on to find out more about Curzútt. 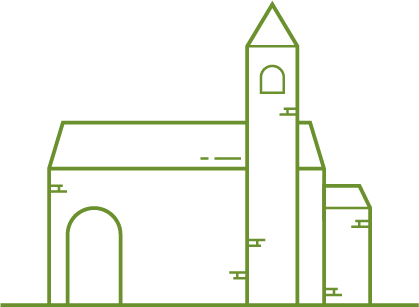 Located at 600 m above sea level, San Barnárd Church is one of a few landmarks of national importance (category A) in the Bellinzona area.

Situated away from the main road network and reachable by cable car – or on foot along trails that can be challenging – this important monument was relatively unknown and rarely visited, particularly by people from Ticino.

Many hamlets where Monte Carasso locals used to live on a permanent basis until 1700 were situated near the picturesque church, whose stunning frescoes are fairly well preserved following restoration work in recent years.

Of all these ancient settlements, Curzútt is the only one to have survived.

Its historical and architectural value has even been decreed by government decision. The Council of State classified the hamlet of Curzútt as deserving of special protection. The town planning scheme provides various regulations to ascertain its preservation.

The hamlet of Puncètè, a sizeable settlement that has suffered the ravages of time, is set to become an archaeological site.

The paths connecting the various municipalities are among the historic routes of special regional importance that the foundation has restored over the years. 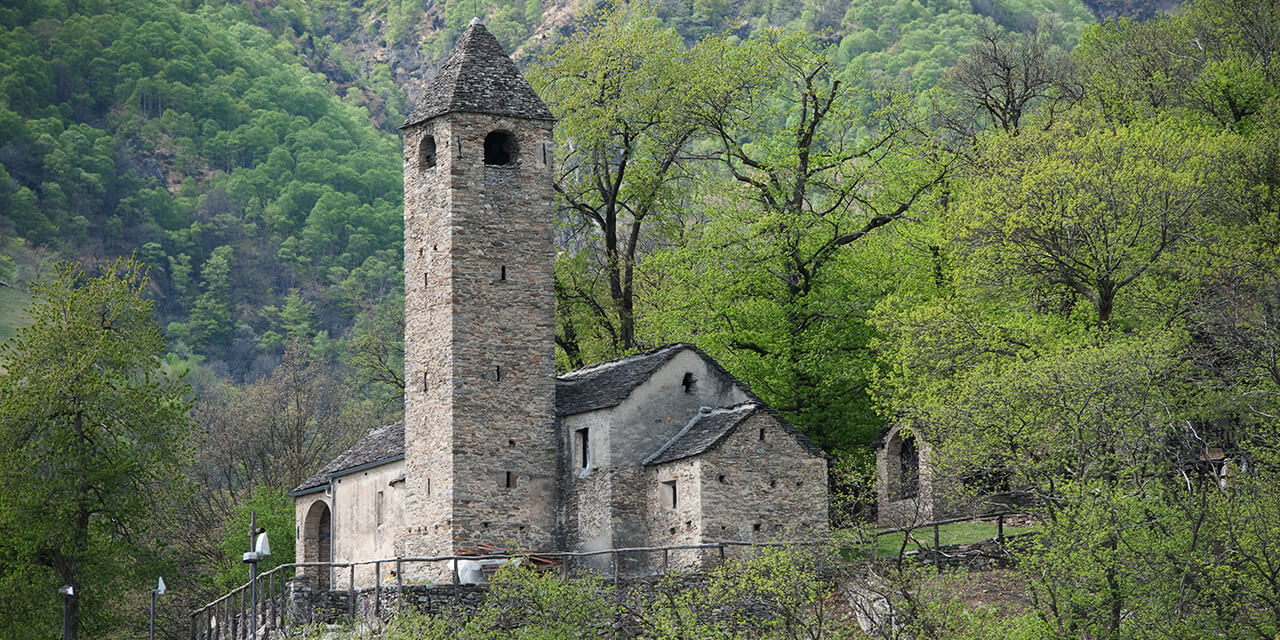 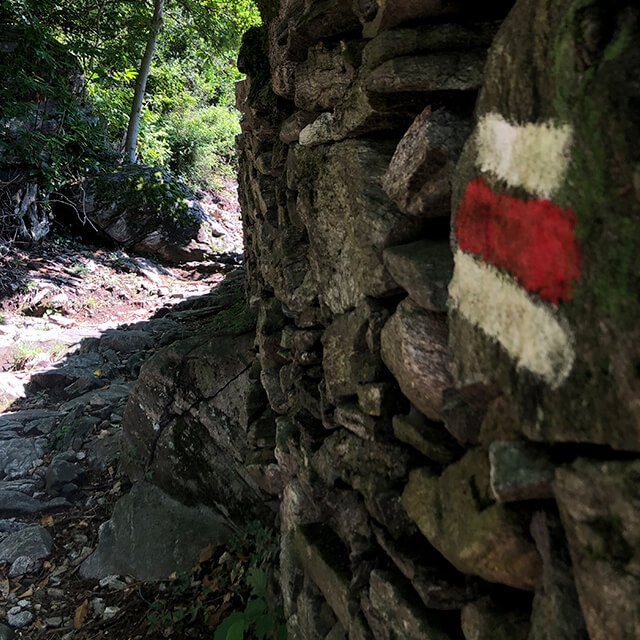 Like so much of Ticino, our mountain is home to numerous forests and other natural habitats within easy reach. This is an invaluable asset, which we continue to enhance through our work carried out with the utmost care and harmony.

The natural evolution of the forest in recent decades has not undone the arduous efforts by locals, over many centuries, to transform this region into one that is hospitable and yields produce of crucial importance to their survival.

The area’s morphological and climatic conditions also made it possible for communities to settle here, in perfect harmony with nature and the surrounding landscape. Until 1700, more than 700 inhabitants lived permanently in the various settlements in the area.

Our initiative aims to combine the preservation of natural spaces with targeted projects for the partial recovery of forests, pastures and numerous trails full of history and traditions that people have forgotten over time.

The right combination of these components will help us bring people closer to nature. This is how we want to contribute to enhancing and promoting the region’s cultural heritage.

Thanks to the efforts of a few farmers and many amateur farmers, a number of agricultural activities have managed to survive on our mountain.

The pastures of Piemoritt are used at the start of summer by a herder who also makes use of the Alpine foothills of Mornera, while the alp of Albagno is to this day used for grazing sheep, goats and calves in the summer.

By creating a vast area of grazing woodland, the foundation is keen to contribute to a far-reaching project geared towards ensuring that agricultural activities can thrive on the mountain.

In the Curzútt area, the foundation has even restored two vineyards and the wine produced is sold in the local restaurant. In recent years, a small plot of land has also been cultivated for the small-scale production of saffron. 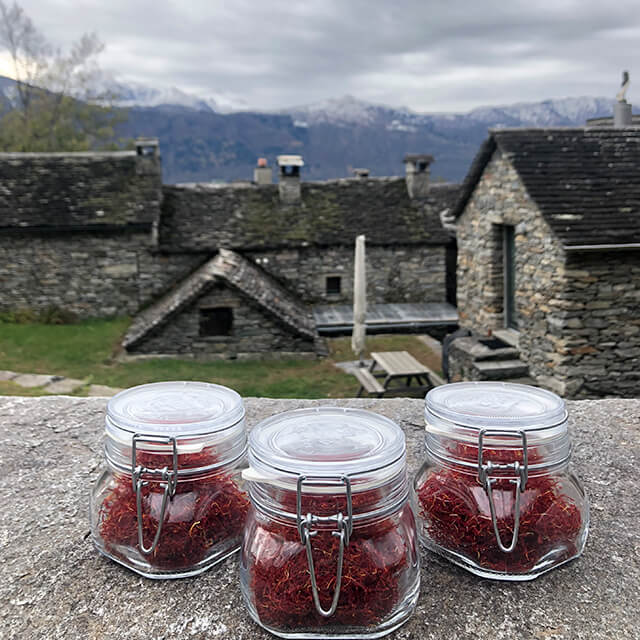 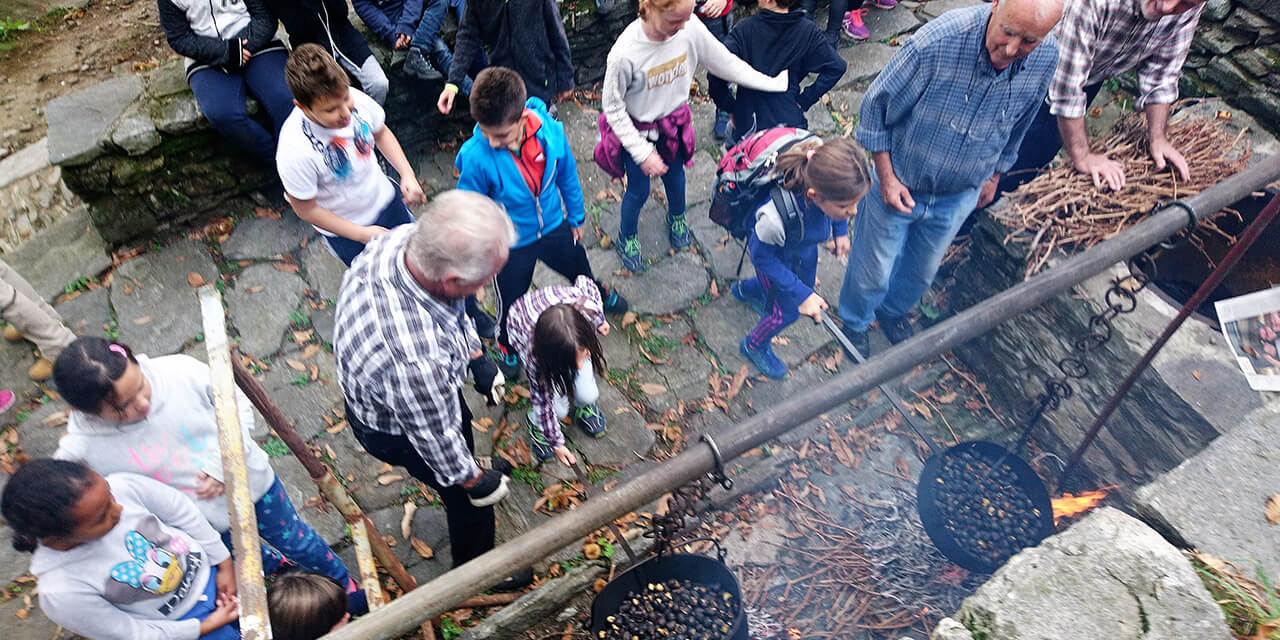 It may be a mystery to us all but, somehow, when faced with breathtaking natural beauty, we often feel a sense of solidarity and come to appreciate human interaction.

In the hustle and bustle of the city, we struggle to say hello even to people we know, but in the great outdoors it becomes a pleasure to stop and have a chat with a stranger.

Children get to rediscover the joys of simple play: all they need is a small hut, some wood from the forest, a few animals, and their vivid imagination to spend a few great days in close contact with nature.

The refuge hut in Curzútt is therefore mostly geared towards the many young people who, in this day and age, no longer have the chance to enjoy those simple pleasures which most of us from Ticino remember so fondly.

The foundation is also involved in redeveloping and building footpaths that are both recreational and educational. These spaces will be intended mainly for schools and groups with which we also hope to collaborate in managing the forest and pastures.

And finally, the foundation also runs a temporary job-creation programme in the construction industry. 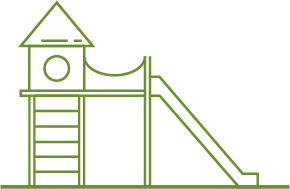 No longer the economic assets they once were, Ticino’s chestnut forests have suffered continuing decline.

Even so, it would be unreasonable to propose a return to what we had all those years ago.

In many areas, the forest has undergone spontaneous evolution in which the natural components are of particular importance. In these cases, species adapted to this habitat can grow and provide important information about the evolution of forest ecosystems.

In agreement with the Cantonal Forest Services, the foundation is working in this area and focusing its efforts on the restoration of more than 100,000 square metres of grazing woodland. To this end, the forest is being thinned out significantly to enable the trees of greatest interest to grow and bear fruit.

The ancient trees are carefully pruned as necessary. The work carried out by the foresters means that some of the trees end up looking like beautiful sculptures. The restored forests will also improve the way chestnuts are collected before being sent to harvesting centres for processing. 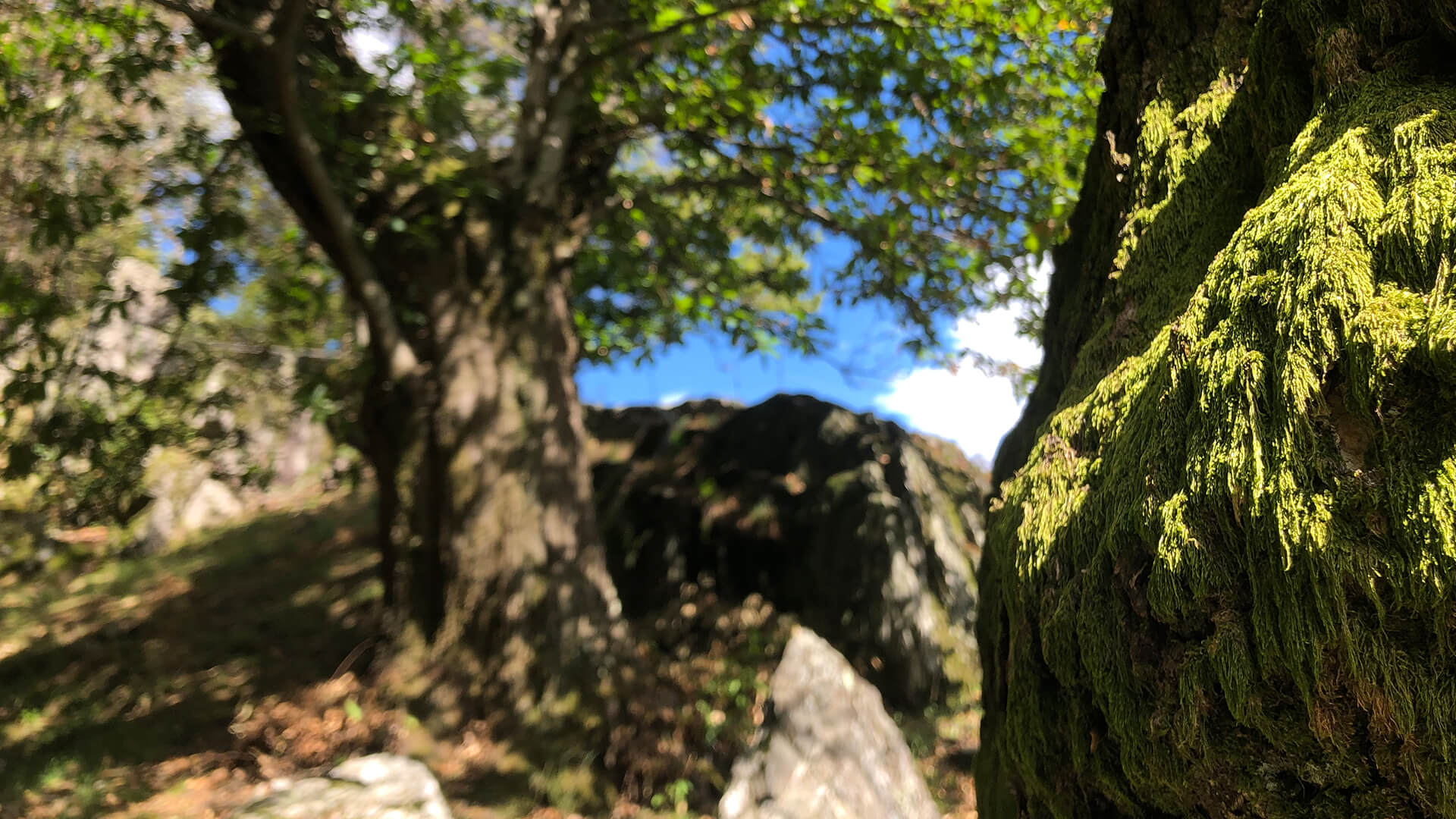 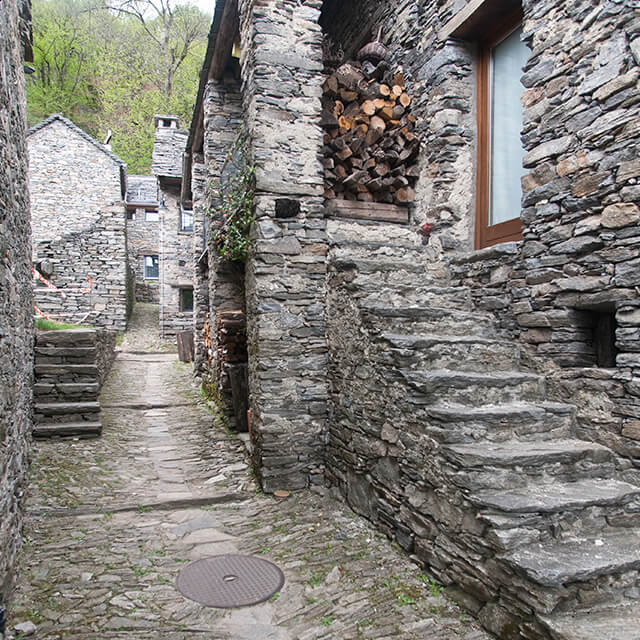 The local area has a lack of water resources as mountain geology means that spring water is diverted down to the Sementina valley.

Starting at a mountain spring at more than 700 m above sea level, the foundation has built a pipe that cuts across the entire mountain, making it a crucial fire prevention system.

The final section of the aqueduct supplies water to the higher parts of the Monte Carasso vineyards, which are also largely at risk due to a lack of water.

The foundation was also involved in the electrification of the upper hillside, meaning the church of San Barnárd can now be lit up at night.

To avoid using highly polluting energy systems, such as petrol-powered generators, the electric current is also made available to the restaurant and hostel, and to holiday homes for basic needs, i.e. excluding heating, which instead makes use of the wood available locally.

The foundation funded the intermediary stop on the Monte Carasso - Mornera cable car route, in part to prevent the construction of unattractive access roads.

In addition, a sewerage system was built to transport wastewater from Curzútt into the existing municipal system.

Last but not least, Carasc Tibetan Bridge was inaugurated in 2015. It crosses the Sementina stream and connects the areas of Monte Carasso and Sementina, situated at 600 metres above sea level. 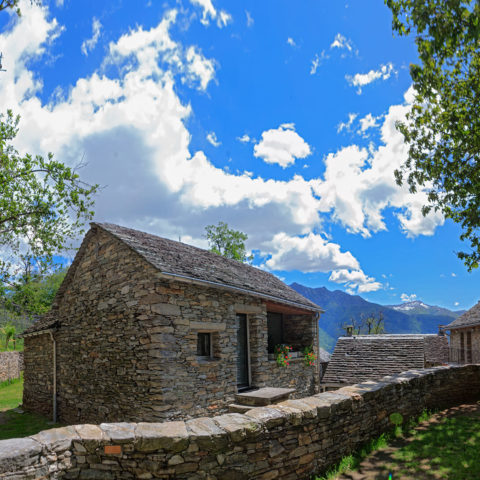 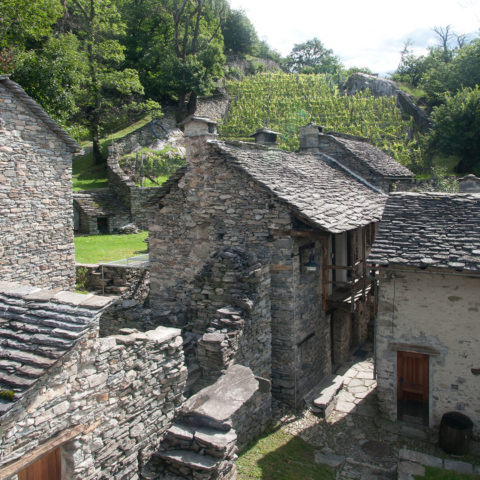 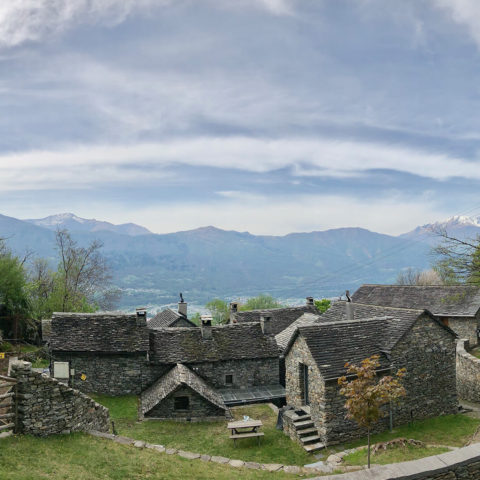 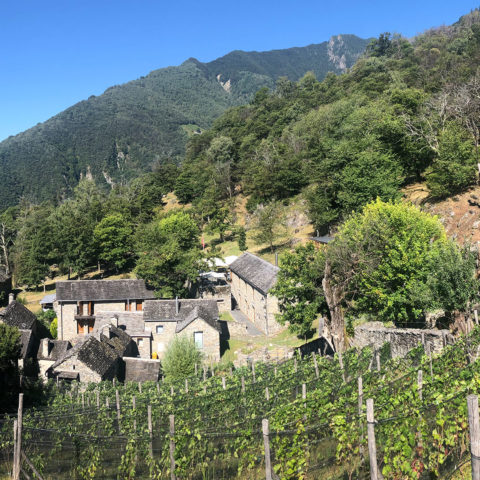 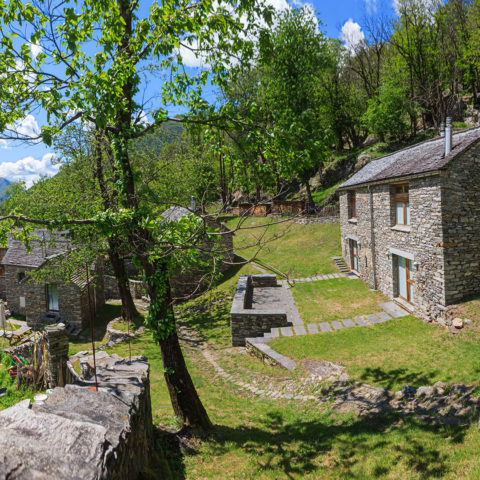 Please be advised that the entire facility will be closed from 25 December 2022 to 5 February 2023.